Well, as often happens, the books I read have changed since the last time I updated you on what I’m reading. Here’s the new list. 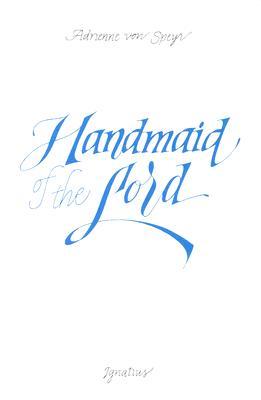 Handmaid of the Lord by Adrienne von Speyr

Speyr is a new author for me. I’ve read so much about her in the works of Stratford Caldecott. She’s a Catholic Convert and a mystic whose confessor was Hans Urs von Balthasar, another person whose had a profound impact on me. This book is a series of reflections on the Virgin Mary. I’m not very far in since I’m just reading a chapter a day for Lent. Already there is some real beauty in the way she expresses herself and describes the Mother of our Lord, but there are some parts I struggle with. I love Mary, and covet her prayers, but I am not settled on some of the titles ascribed to her, like Mediatrix. This will be a profound and provocative read for me, challenging both my Protestant presuppositions, and my Catholic leanings.

I started looking for something like this when I first came across the prayer for Scholars by Thomas Aquinas. So I was quite pleased when I found a Latin and English edition of some of the prayers and songs of the angelic doctor. This book is fairly simple, each prayer is in Latin on one page and English on the adjacent. The prayers themselves are beautiful and the editors have laid them out like poetry. I’ve also been using this text in my Lenten devotions. I have decided to say one prayer a day for each day in Lent, first in English and then again in Latin.

On the Fall of the Devil by Anselm

I’ve been enjoying my reading of Anselm. It was great to read the Monologion and the Proslogion together, something I’d never done before. I haven’t started reading this one yet, but it comes in a little semi-related trilogy with On Truth and On the Free Will. Anselm’s dialogs are masterful and I look forward to reading this one as well.

Harry Potter and the Half-Blood Prince by J. K. Rowling

How many times have I read this book? Multiple times a year since it came out; so some might say too many. Still, I love the Harry Potter series. It has its flaws, Rowling is not the theologian that say Lewis, Tolkien, Sayers, Chesterton, or O’Connor are. Even in presenting a world that is meant, in some ways, to be Faërie, yet it is plagued with all the same problems our world is. Nevertheless, this story of hope and salvation is one that I am constantly drawn to. Half-Blood Prince is in weird place for me. Order of the Phoenix is somewhat of transitional book. In the previous four it’s all about keeping Voldemort from coming back or fighting against his effects (Tom Riddle from the diary, Peter Pettigrew, or Death Eater at Hogwarts). Then, once he returns at the end of Goblet of Fire each book is about defeating him outright, but Order of the Phoenix is only the beginning of that story and is the beginning of the darkness. Therefore, Half-Blood Prince sees the real preparation of Harry by Dumbledore for ultimately defeating Voldemort. This can make it feel like its simply build-up for book 7. The first three are absolutely stand-alones, most of book 4 is as well. This book cannot stand on its own. It is pure preparation for the final battle.

I’ve decided to read Lewis’s books in the order he wrote them, roughly. This means I’m finishing with The Magician’s Nephew. It’s a really interesting experience. In The Last Battle, we see the end of Narnia, or the shadowlands Narnia anyway. Now, however, after Narnia’s death, I get to visit Narnia one last time. I get to visit it at the very beginning. In a way, it feels like reading Genesis after reading Revelation. Doing that would change how one reads Genesis, for the better, I think. However, at least as regards Narnia, I think you can or should only do this after you’ve read the books once before. Getting them in intended order first allows for one to then read them in a new order and see how that changes one’s perspective from the original reading.

Anyway, this is what I’m reading now. What are you reading?