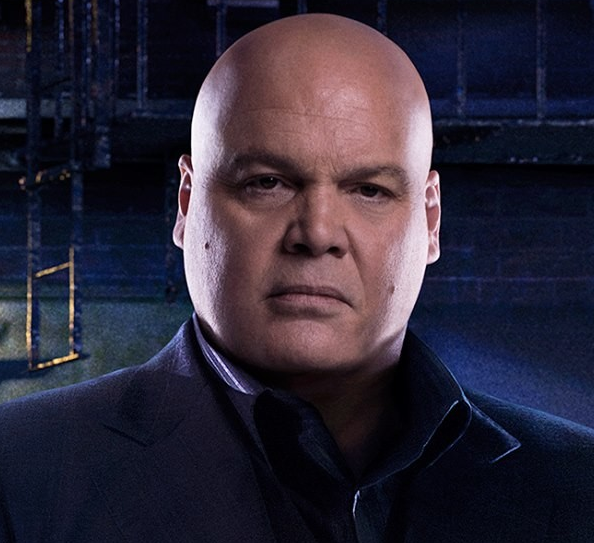 “I am the ill intent.” So says Wilson Fisk in the season finalé of Marvel’s Daredevil. I’ve finally finished watching this magnificent show. It is perhaps one of the most Catholic shows I’ve seen. It follows the attempts of Matthew Murdock, Daredevil, a Roman Catholic son of a boxer born and raised in Hell’s Kitchen and of Wilson Fisk as each man tries to save the city of Hell’s Kitchen. Murdock gains superhuman sensory abilities when he is blinded by chemicals as a child in a car accident. Using his gifts, the now grown Murdock seeks to bring justice to Hell’s Kitchen, both as a lawyer for the underprivileged (Catholic Social Teaching anyone?) and as a man in the mask fighting those who slip through the legal system’s fingers. He has only one rule, he doesn’t kill. His main foe, for sometime unseen and unknown, is Wilson Fisk. Fisk is a giant of a man with immeasurable strength and wealth. He was also born and mostly raised in Hell’s Kitchen and sees himself as its savior.

In the season finalé, a captured Fisk begins relating the story of the Good Samaritan. You can watch it here:

Fisk, up to this point, has seen himself as the Samaritan, the good man who saves the dying traveler. Now, however, he realizes he is the ill content, the ones who set upon the traveler and leave him for dead. He realizes that what he truly wants is not to save the city, but to destroy it so he can remake it in his own image. Fisk, in many ways, epitomizes the Augustinian notion of evil as the privatio boni, the privation of the good. For Augustine, as well as for many of the Church Fathers, evil has not being, not really. Evil is instead a privation or perversion of the good. So nothing can be totally evil. Evil is always found by wrongly pursuing some good. Fisk wants to “save” Hell’s Kitchen. This is a good and noble desire. It’s a desire he shares with Daredevil. But he pursues it wrongly. He pursues it by killing, exhorting, racketeering, and other unseemly means. His desire is perverted, not in the sexual sense, but in the sense that it is misaligned.

Now, it’s important to note that Murdock’s desires are not perfect and neither is he. Nevertheless, the way he desires to save the city is through ennobling its citizens, by removing the cancerous cells, like Fisk, though not by killing them but turning them over to the authorities (and occasionally putting them in the hospital first). Murdock’s primary and most consistent confidant for most of the show is his priest. He turns to him for guidance, especially when his desire to kill Fisk is at its strongest. Through the ministrations of the sacrament of confession (which admittedly is never shown to include absolution), Murdock is able to overcome his bad desires, his vices. But it isn’t enough to abstain from sin, one must turn to virtue. So Murdock goes from being the man in the mask or the devil of Hell’s Kitchen and becomes Daredevil. A symbol of fear to the criminal element in Hell’s Kitchen and of hope to the marginalised. He hasn’t yet moved from anger to charity, not toward his enemies, unless not killing them can be seen as a kind of charity, but he is on the right path. Murdock is on the path of well-ordered desires and according to Augustine, this path ends in the Beatific Vision.